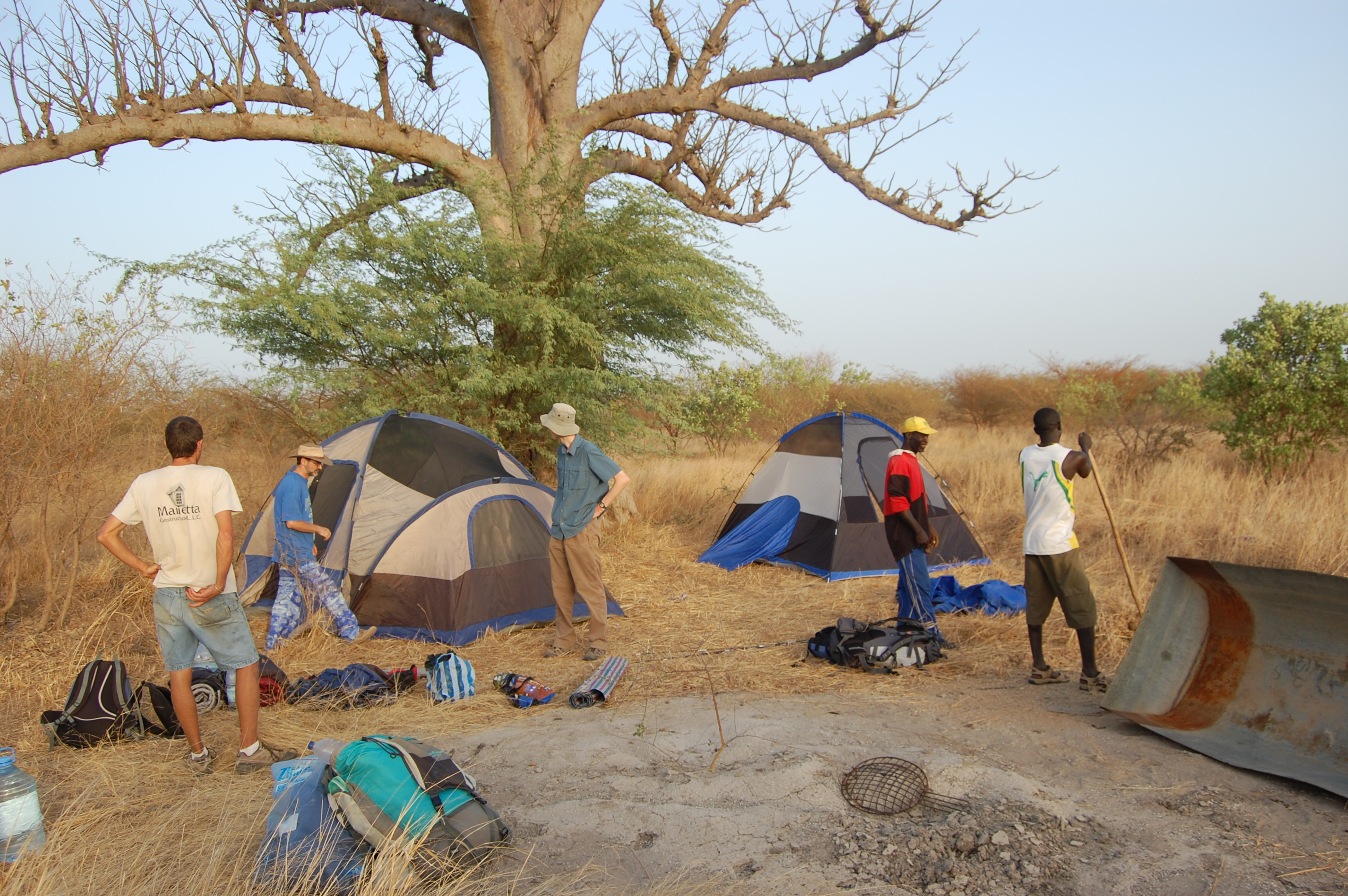 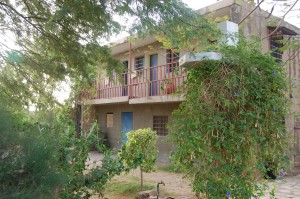 guest rooms in a lovely setting

This past weekend, we had 5 guys get together and we headed out of Dakar to the Project for a weekend of camping, relaxing, reflecting, and practicing some FMNR.  It was a very diverse group of individuals and I think it was safe to say a good time was had by all.

We left Dakar on Thursday afternoon, loaded with supplies and tools.  We added to our load in Mbour, where we stopped at the supermarket to pick up some food and water for the camp out.  We then continued on to Mbodiene where we would spent Thursday night, which is about 30 km south of Mbour.  Eric’s sending church, Porte Ouverte, has a mission station there that is well equipped with guest rooms and cooking facilities.  Our dear friend Suzanna from the village was there to greet us with a lovely meal of fresh prawns with salad, followed by another treat, fried lotte fish with some potatoes and veggies.  Needless to say this was much appreciated.

The next morning we headed out cross country to the Project.  From Mbodiene, it is approximately 20 km following some beaten and bumpy path.  Aside from the cattle and goats that cross in front of you, you don’t see too much in the way of life at this time of the year when it is so dry.  Come the rainy season, this entire landscape transforms into a green carpet.  The baobab’s scattered throughout the countryside makes for a very unique backdrop against all the brown and sand.

Once we got to Beer-Sheba, we all went our separate ways till our scheduled lunch meeting at 1330hrs.  Some of the gents went out bird watching, others went reading, and others took some tools and did some pruning.  The pruning effect on these trees, especially in this very harsh environment, has very dramatic impact on the health of the forest.  We want the trees that are already there to develop into strong trees with an increase in the vertical.  Too many saplings or new growth in close proximity to established growth can choke out the established growth and then you have a cluster of weak trees that are easily stressed and often succumb to the environmental pressures.  As an example, in the picture below, you will see lots of little growth around a couple of bigger trees, that are in effect robbing those bigger trees of the nutrients they need to continue to strengthen and grow. 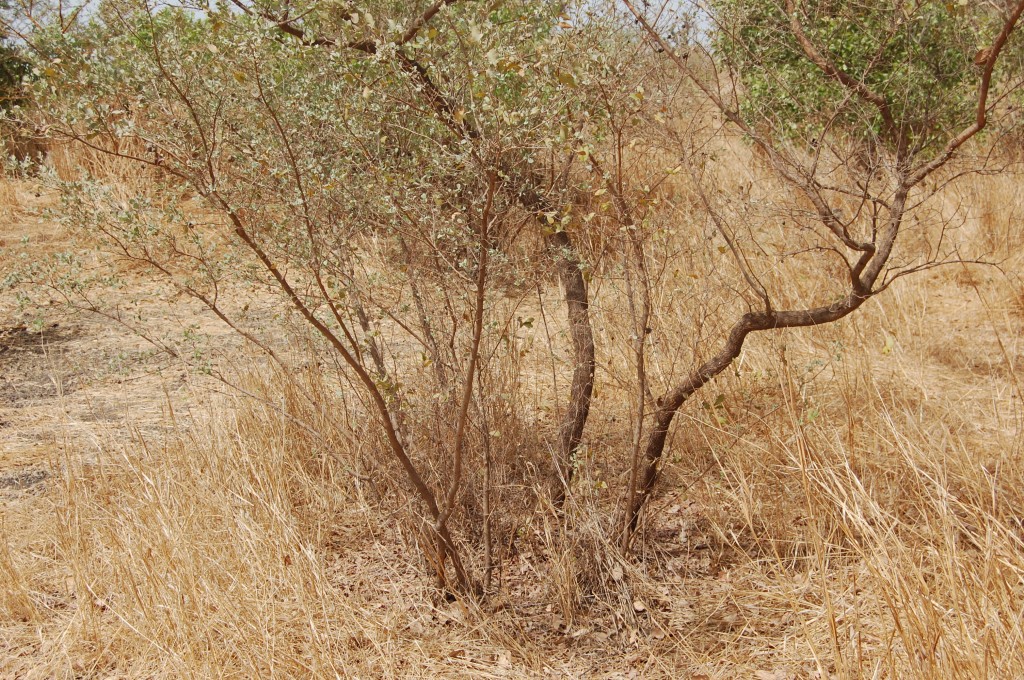 FMNR - before the pruning

Then as you can see in the following picture below, I have trimmed away the young growth in close proximity to the 2 main trees and have even trimmed away at the “suckers” on the main trees to encourage vertical growth. 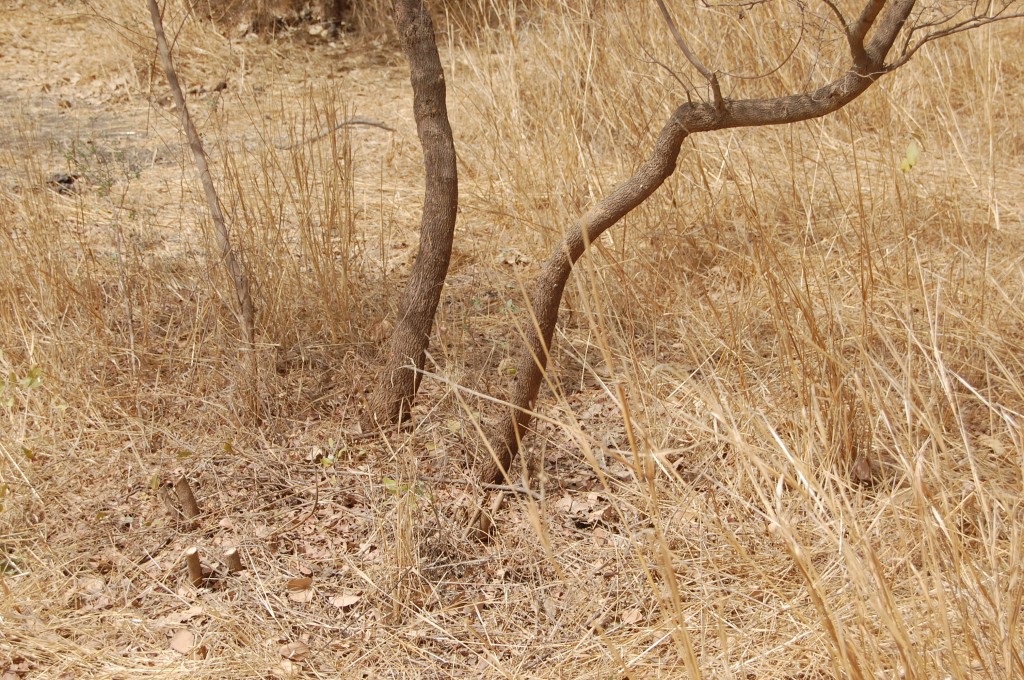 FMNR - after the pruning

After we all joined up again at lunch time, Gabby the resident manager at the Project put in action his very capable culinary skills and he prepared for us a Senegalese favorite for us all, thiebou dienne, which is a fish, rice and vegetable platter.  We all sat around the bowl, and ate with our hands, not a very neat process for us not so accustomed to eating without utensils, but a great meal it was!  Thanks Gabby.  The meal was followed by a rest and some tea, and then we all went out again to do some more pruning before we had to set up camp.  Darkness falls quick so we wanted to be sure we gave ourselves enough time to set up before dark.

We set up right under a baobab tree, (there are only 2 on the Project) knowing that the view from our tents couldn’t be beat.  We made a fire, barbecued some chicken, sausage, and steak.  That was accompanied by some beans, fried veggies and chips.  All in all, it was amazing to be eating together under the stars in the African sky, all the while enjoying the conversations, the laughter and each others company. We followed the meal with some more tea of course and then shortly after we settled to our tents. 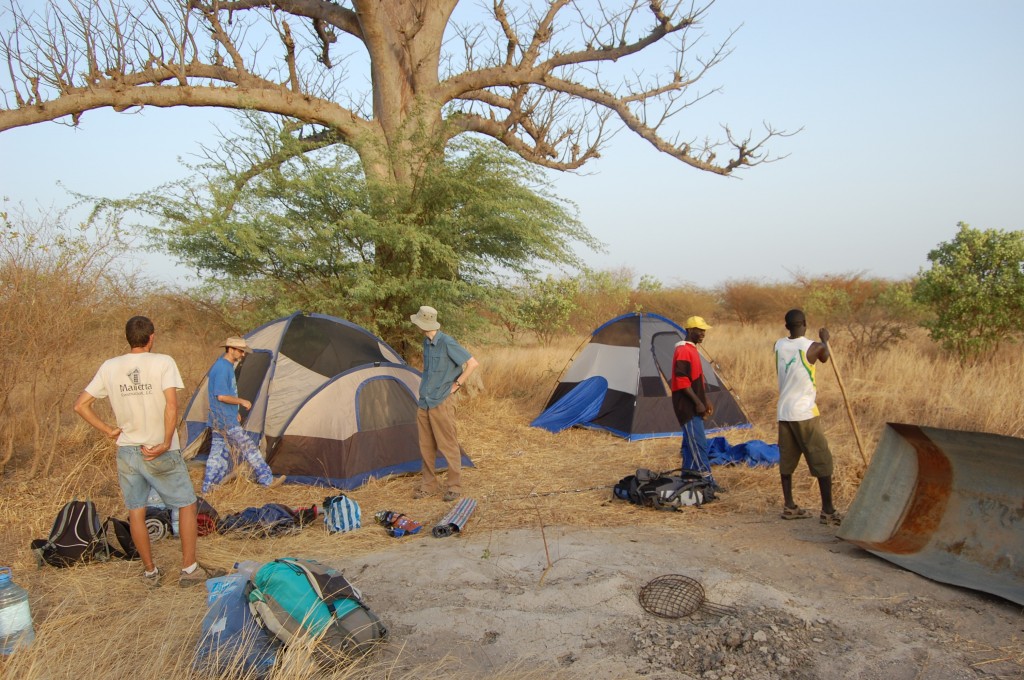 camp site under the baobab

Everyone had a great time on the trip, and for me personally, it was wonderful to be able to walk through the whole property and get a better feel for the resources and potential that we hope to tap into to make this a successful project for the Senegalese farmers.